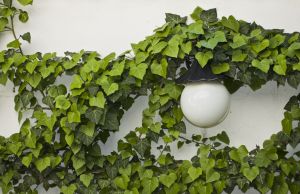 If the UK government is to meet its goal of a zero-carbon building market, it’s going to have to do a lot better at persuading the construction industry that that target is achievable.

That’s because, according to a new survey, some three-fourths of the British development industry don’t believe the government’s zero-carbon goal for the sector is realistic. The survey questioned more than 7,000 individuals in the industry, the largest-ever such poll.

“With an industry that is sceptical about carbon reduction targets, closer collaboration between government and the industry is essential if these are to be met,” said Liz Peace, Chief Executive of the British Property Federation. “Government will need to work with all sectors to understand fragmented views and identify why certain sectors feel the targets are more achievable than others.”

A joint effort of the British Property Federation, international law firm Taylor Wessing, and specialist research and communications consultancy Spada, the survey is detailed in a report titled “Hitting the Green Wall … and Beyond.”

“Government faces a huge challenge in striking the right balance between ‘carrot’ and ‘stick’ in order to
secure its sustainability objectives,” the report states. “It is incumbent upon the industry to engage as much as possible and attempt to meet and exceed targets.”

The report is based on a survey of a number of different players in the building industry, ranging from investors and developers to contractors, technical and non-technical advisers and even tenants.

Among the report’s key findings:

“The burden and complexity of regulation affecting sustainability at EU and national levels will continue to increase,” added Helen Garthwaite, UK head of construction and engineering at Taylor Wessing. “The industry believes that the ‘stick’ of regulation is necessary to drive the pace of change, alongside fiscal incentives and other measures.”

She continued, “Alongside regulation, better measures to define success and value will be essential. The rationalisation of benchmarking tools and agreement over their application is needed. It is possible that some voluntary benchmarks could in effect become mandatory through industry promotion and use.”