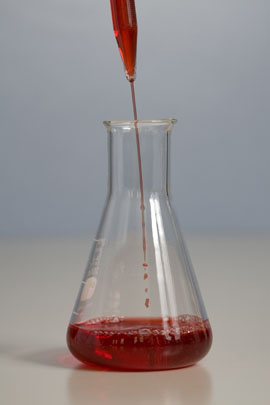 What is beauty to you? The lovely ladies of Zoo magazine, perhaps, or the smile of a young child. To scientists at UCLA it’s a new material which can help grab carbon emissions before they reach our atmosphere.

The structure of the materials – called zeolitic imidazolate frameworks, or ZIFs – are “quite beautiful” according to one of the researchers, Omar M. Yaghi. Good looks aside, the ZIFs have some serious potential due to their ability to stop any gas of their makers choosing exiting into the atmosphere – a perfect fit for emission-heavy power stations.

revolving door allow certain molecules — in this case, carbon dioxide — to pass through and enter the reservoir while blocking larger molecules or molecules of different shapes.

“We can screen and select the one type of molecule we want to capture,” Phan said. “The beauty of the chemistry is that we have the freedom to choose what kind of door we want and to control what goes through the door.”

“The capture of carbon dioxide creates cleaner energy,” Yaghi said. “ZIFs in a smokestack would trap carbon dioxide in the pores prior to its delivery to its geologic storage space.”

In ZIFs 68, 69 and 70, Banerjee and Phan emptied the pores, creating an open framework. They then subjected the material to streams of gases — carbon dioxide and carbon monoxide, for example, and another stream of carbon dioxide and nitrogen — and were able to capture only the carbon dioxide. They are testing other ZIFs for various applications.