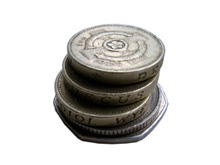 How are you doing with your new year’s resolutions? Most people have ditched them by now. One of Greenbang’s acquaintances always makes the resolution not to take heroin, as “it’s the one resolution I know I’ll keep”.Greenbang wishes she’d made the resolution to blog more about the United Arab Emirates, because if she had, she’d been going great guns right now.Here’s another snippet of green biz news from the gulf state, courtesy of Arabianbusiness.com. UAE, currently mooting a carbon capture scheme, could see itself on the receiving end of a bill for $2 or 3 billion.

The project could reduce carbon emissions from the UAE – which is among the highest greenhouse gas emitters per capita in the world – by around 10%, said Doug Macdonald, principal consultant in SNC-Lavalin’s chemicals and petroleum business.  Engineering and construction company SNC-Lavalin is close to completing a feasibility study on the project. The study has identified four to six projects with an approximate cost of $500 million each that could be quickly executed, Macdonald told the World Future Energy Summit (WFES) in the UAE capital.  Reductions in the UAE’s carbon emissions would come to between six million and eight million tonnes per year, he added. That was from a total of around 76 million tonnes per year of present and planned emissions in the UAE, he said.