Turn your waste into bio-crude 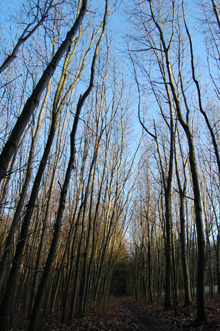 Greenbang has always wondered what to do with her forest thinnings (what are forest thinnings? Results of dieting woodland?), crop residues (Greenbang has a few residues knocking about, who doesn’t?) and waste paper (last week’s Economist and Viz then) and now she has the answer: turn it into to bio-crude.News.com.au has been chatting to CSIRO’s forest biosciences scientist Dr Steven Loffler, who says the Aussie research outfit has come up with a way of making bio-crude that’s super-stable.

The plant wastes used in the process contain chemicals known as lignocellulose, which are favoured as a raw material for bio-ethanol as they are renewable and potentially greenhouse gas neutral.Dr Loffler believes the new process will strengthen the argument for biofuels, which are considered by some as being “un-green”. “By using waste, our Furafuel technology overcomes the food versus fuel debate which surrounds biofuels generated from grains, corn and sugar,” he said.

But does is overcome the issues around emissions, though?