Turbines at home may cause more harm than good

The Building Research Establishment Trust (BRE) have released results from a recent study suggesting that fitting a wind turbine to the side of your house (in built up towns and cities) is likely to add to your carbon footprint, The Guardian reports. 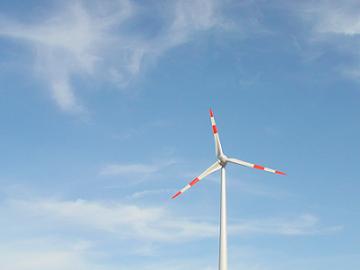 “The BRE took data from sites across Manchester, Lerwick and Portsmouth and analysed the likely performance of three models of turbine. In Manchester two-thirds of the 96 different options studied for siting turbines produced a carbon dioxide impact that could never be paid back. Building, installing and maintaining the units would, on balance, exacerbate global warming. The same was true in a third of cases in the coastal city of Portsmouth.”

Martin Wyatt, the chief executive of the BRE Trust says.

“People need more information to ensure they are not doing the wrong thing.”

“The likely output of a micro-wind turbine on a pitched roof house in a large city such as Manchester would be less than 150kWh a year; 2% of the energy consumption of an average house.”

“But in a windy location such as Wick in northern Scotland, the output is likely to be around 3,000kWh a year – about 40% of energy use.”