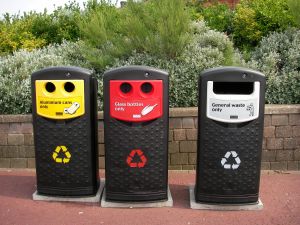 In the UK the shadow cabinet are really pushing the idea that they’ll be in power come the election.  This time the political party is reigniting the stick vs. carrot debate and siding with the orange vegetable.

According to Fiona Harvey writing in the FT, ‘householders would be paid to recycle rubbish instead of penalised for failing to do so, under Conservative proposals’ unveiled yesterday.

Greenbang’s not 100 per cent convinced that this will work and suspects a combination of stick, carrot and vast improvement on technology may be needed, especially as trials in bin weighing trials in Norfolk highlighted the inability to accurately record a household’s waste.  Back to Ms Harvey:

In parts of the US, councils have to pay a landfill tax for the rubbish they send to tips. But in some areas, companies have given a commitment to encourage recycling in return for cash from the councils, paid out of their savings on landfill tax.

The companies then offer cash of up to $50 (£25) a month to households in return for their recyclable waste.”