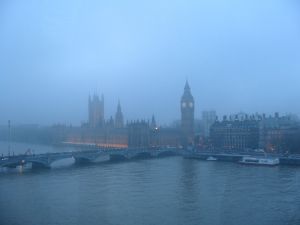 A couple of weeks back Greenbang discovered her flatmate and very close friend didn’t believe in man made climate change. It was very odd and an uncomfortable silence followed the conversation. As odd as it seems, to Greenbang it felt akin to discovering her friend was racist or homophobe.

And it seems that parliament and especially the Tory party has the same problem. The latter’s leader (known to Greenbang as big green Dave) has failed to convince many in his party of the problem according to a ComRes poll for the Local Government Association. The survey has also been published today in the Guardian.

One fifth of 55 Tory respondents answered that they didn’t believe in man made global warming vs. 6pc of the 91 Labour MPs and 4pc of the 17 Lib Dem MPs polled. Furthermore, a significant proportion of MPs from each party answered ‘don’t know’. In addition 20 of the Tory respondents didn’t feel climate change should be a priority for local government.

The poll’s data can be found on the Guardian’s website – here.

He added: “David Cameron’s emphasis on the environment has been one of the most important forces in green politics recently, but he has had some difficulty convincing some of his party that it is the right thing to do. This poll shows he has not won that battle yet.”