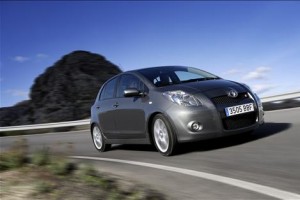 They may not be the most glamorous motors around but the humble little Fiat Panda, Toyota Yaris and VW Polo have been named the UK’s most fuel efficient cars, in Which?’s ranking of the top 100 eco cars.

The Which? tests included results from the EU fuel-test scheme but also added a simulated 15.5 mile motorway drive, which has a marked effect on fuel economy and CO2 output.

All of the top 10 fuel efficient cars are diesel and here they are in rank order with miles per gallon ratings.

The report says switching from petrol to diesel is the single easiest way for motorists to go green and save a packet, especially if they cover a lot of mileage. A Peugeot 207 driver, for example, could save £247 on fuel over 10,000 miles by switching from a petrol engine to the HDi diesel alternative.

The best petrol ‘green’ car in the rankings is the Toyota Prius, with 65.7 miles to the gallon.

Tax incentives will also make it more attractive to go for a fuel efficient car as the government overhauls road tax in 2009 to encourage motorists to drive cars with lower carbon emissions. A car which emits less than 100g/km – such as the VW Polo BlueMotion 1 – will not be liable for road tax.

The Which? Complete Guide to Greener Driving is out in shops now.