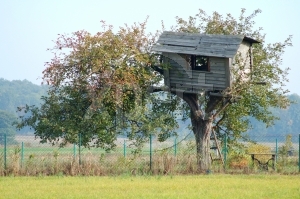 Buildings are responsible for more than 45 per cent of the UK’s total carbon emissions, according to the Environment Agency. There are many elements to making buildings more environmentally friendly.  The location, energy efficiency, materials efficiency, water efficiency, appearance and the health and safety of occupants are all contributing factors.

For existing buildings there are simple measures that can be taken to ensure a building becomes more green, such as monitoring power, better insulation and more efficient use of water.

But, for new buildings, there are a number of technologies emerging that could really make a step-change in the fight to make homes as close to zero-carbon as possible.

Biofuels have been getting a bad rap recently. But using them to heat your home could save you up to £550 per year on your heating bills, according to the Energy Saving Trust. For small scale home burners woodchip biomass is considered the most effective fuel. Biomass is considered carbon neutral because it only releases the CO2 it absorbed whilst growing. The boilers connect to central heating and hot water systems. These are suitable for pellets, logs or chips and are generally larger than 15 kW. A biomass boiler can connect to your central heating system, and biomass wood pellets can be bought from an increasing number of outlets from around the country.

Although not a new technology, this is a new way of thinking in terms of design. The idea is to expose as much of a house to sunlight as possible, ensuring that as few areas as possible of a house, or surrounding houses, are in shade. Windows can also be designed so that sunlight can penetrate through to back rooms that would not be reached with a traditional design. High windows generally transport light further back into a room, and innovative home layouts can mean that even north facing rooms can get some light, saving on heating and lighting costs. Roofs can be angled precisely so they absorb as much heat as possible, also meaning that any solar panels get maximum exposure.

The PM Gordon Brown has sung the praises of combined heat and power. Essentially, the system takes the wasted heat from an alternator producing electricity on-site and uses it to heat water (or power air conditioning!) The technology is popular with many environmentalists because it is decentralised and very little energy is wasted in the transferring of power from one place to another. According to the Combined Heat and Power Association, savings vary but can be between 15 per cent and 40 per cent compared to imported electricity and on-site boilers. Combined heat and power plants can be used in homes and business buildings and are a fairly well-established technology in the UK.

The idea of living roofs and walls is fairly radical and new. Some have poured scorn on it for being a utopian environmentalist’s dream, but others say it has practical advantages. Plants on roofs, for example, most effectively sedums, can prevent buildings from over heating. They absorb heat, reduce storm water run-off and some areas can also be used for allotments so residents can grow local produce. Plants growing on walls are less developed as an idea, though some environmentalists say that if the correct plant was chosen a natural cycle could allow the plant to provide shade in summer while less leaves could allow sunlight through in winter.

A technology used effectively in the BedZED development, convection ventilation works very simply. A house needs to be very well insulated first and then a single airflow can be established. Outgoing air already heated by the house then passes in close proximity to the incoming air through a “heat exchanger” and transfers some of its heat to the colder outside air entering the house.

The advantages of collecting water run-off are two-fold. First the water can be purified and used in the home. Secondly, delaying run-off hitting watercourses and rivers can help prevent flooding in times of heavy rain. Preventing run-off from tarmac and concrete surfaces can stop pollution and excess nutrients and bacteria from accumulating in rivers, which can kill wildlife and jeapordise drinking water in some areas.

Thermal mass can greatly reduce energy use in a home by insulating walls and ceilings more effectively. Good thermal mass needs to be high density and have low thermal conductivity, though these factors will vary according to the local climate. In the daytime it keeps the house cool and during the night it releases heat slowly, thus warming the house. Getting the rate of conductivity right is vital to the proper functioning of thermal mass.

There are now a number of new building products that are easier to manufacture, easier to make and easier to put in place than traditional bricks. They are lighter and provide better insulation. Many combine two different materials, often foam and concrete, and have a strong interior structure to make up for their lack of solidity.

Smart buildings sense where systems are needed. Lights turn off automatically when nobody is in the room, and air conditioning and heating is confined to areas where it is necessary. Architects Arup say systems will be able work out where heat is needed in a building and establish a convection current to take heat to that area by opening specific windows and vents.