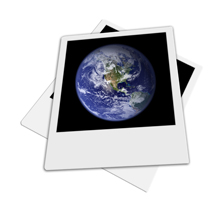 If there’s one man who’s not afraid to tackle a seemingly intractable problem, it’s Tony Blair. He’s the man, after all, who got Gerry Adams and Ian Paisley to kiss and make up, and he’s also the fella who managed to find gainful employment for John Prescott. A feat indeed. Greenbang was therefore rather excited to read in The
Guardian that our Tony is now leading an international team committed to brokering an international deal on climate change that would go down a treat with the US and China.

St Tony will team up with a host of international climate change experts to formulate a blueprint for prevention, says the paper, with the man himself believing he can create a framework for cutting global carbon emissions by 50 per cent by 2050 which would be agreeable to all, even to those stubborn sticks-in-the-mud of the Whitehouse and
Beijing.

Blair will present his initiative to the G20 before busying himself with convincing world leaders that it’s now or never if climate change is to be prevented. He evidently believes his political clout will help overcome America’s and China’s resistance to committing to cutting carbon emissions. Says Tony in the Grauniad:

“Essentially what everyone has agreed is that climate change is a serious problem, it is man-made, we require a global deal, that there should be a substantial cut in emissions at the heart of it,
and this global deal should involve everyone, including in particular America on the one hand and China on the other, so it is the developed and developing world.”

Greenbang wishes Tony all the best on his quest and hopes he will turn his hand to dealing with other intractable problems, such as creating a Krispy Kreme donut with all the calories of a stick of celery.