mass extinction4
An ancient fungus that covered the planet more than 250 million years ago appears to indicate that the world’s forests had been wiped out... 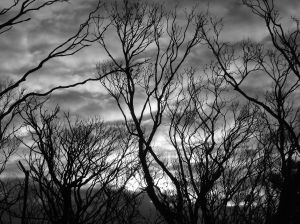 An ancient fungus that covered the planet more than 250 million years ago appears to indicate that the world’s forests had been wiped out by a global catastrophe, according to findings from an international team of researchers.

The catastrophe, unleashed by massive basalt lava flows in what is today Siberia, has been blamed for driving to extinction up to 96 per cent of all marine species and 70 per cent of all land species. However, scientists had long believed land plants survived the period without much loss.

Today’s findings, published in the journal Geology,  suggest that much of the vegetation on ancient supercontinent known as Pangaea did not survive and that the world’s forests were wiped out, according to research team. Geological records show there was a massive spike in the population of Reduviasporonites across Pangea as the Permian period came to an end. The scientists suggest this means that there was in increase in the supply of wood for them to decay.

Researchers had previously been unsure as to whether Reduviasporonites were a type of fungus or algae. By analysing the carbon and nitrogen content of the fossilised remains of the microscopic organisms, the scientists identified them as a type of wood-rotting fungus that would have lived inside dead trees.

“Our study shows that neither plant nor animal life escaped the impact of this global catastrophe,” said Mark Septhon, one of the authors of the study and a professor in the department of Earth science and engineering at Imperial College London. “Ironically, the worst imaginable conditions for plant and animal species provided the best possible conditions for the fungi to flourish.”

The team suggests the basalt lava that flowed during the Permian-Triassic catastrophe unleashed toxic gases into the air. The gases had a dual effect, producing acid rain and depleting the ozone layer. The outcome was the destruction of forests, providing enough rotting vegetation to nourish Reduviasporonites so they could proliferate across Pangaea.

The researchers reached their conclusions by analysing the carbon and nitrogen content of Reduviasporonites using a high sensitivity mass spectrometer and comparing the results with those from modern fungi. They discovered that Reduviasporonites and modern fungi show similar chemical characteristics.