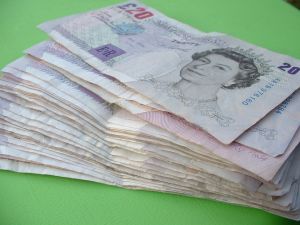 EU climate change policy will cost the British tax payer £150 each per year, a report claims.

The report by think tank Open Europe also warns EU climate change policy will push one million extra people into fuel poverty, increase energy bills by up to 13 per cent and add £130-£200 to the annual energy bill for a family of four.

As part of the Climate Action and Renewable Energy Package (CAREP), the EU is committing to sourcing 20 per cent of its energy from renewables and 10 per cent of transport fuel from biofuels. It would also set up a new centrally controlled version of the Emissions Trading Scheme, which would remove control from member states.

Open Europe has produced the first independent estimate of the cost and wider effects of CAREP and has calculated it will cost the UK £9bn each year. The report says the UK will face the second highest costs in the EU, surpassed only by Germany, which has a much higher population. The rate of increase for the UK will be the highest in Europe to meet EU renewable energy targets.

The 10 per cent target for biofuels use in transport has attracted the most controversy so far. An internal report by the commission’s own scientists said:

“EU-manufactured biofuels are currently not the most cost-effective way to reduce greenhouse gas emissions.”

The report also highlighted the scepticism of politicians and industry about whether the EU will be able to meet these stringent new guidelines.

“In my view the UK 15 per cent, if that is confirmed, is absolutely unachievable in the timeframe. It will be seen as just the sort of thing that you say when you know that you are going to be out of office for 10 or 15 years before anybody comes to measure it.”

To meet the demands of the renewable target, the report said the UK’s energy infrastructure would need to be totally overhauled with 35-40 per cent of electricity coming from renewable sources. This would require more than three wind turbines to be built between now and 2020.

The Emissions Trading Scheme would also get an overhaul under CAREP, with member states losing control and the the setting of an EU wide target of a 21 per cent reduction relative to 2005. The Open Europe report says this will leave very little room for member states to shape their own policies or change them in the future.

Under CAREP initially 40 per cent of permits in the trading system will be handed out for free. The report said:

“This defeats the whole point of the trading scheme as it involves the Commission deciding which firms need to cut emissions rather than letting the market find out where cuts can be made cheaply. As it stands the money from auctioning permits would be spent on green policies, rather than recycled to firms in the form of tax cuts.”

The report says this would make EU firms much less competitive, which would create pressure for protection.

Furthermore, the ETS directive will make a proposal in June 2011 about “inclusion in the community scheme of importers of products”, which would mean that importers to the EU would pay the equivalent of the price of carbon faced by firms covered by the ETS.

Open Europe believes that the current EU plan is highly interventionist, prescriptive in detail and inflexible, arguing for more discretion for member states.