There’s green in them thar hills 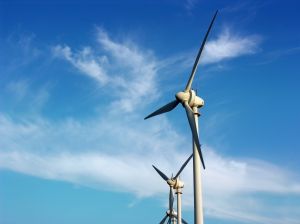 What can you do with 4.9 billion dollars?  Greenbang’s been looking, just in case her rich uncle Oswald eventually shuffles off this mortal coil.  If she’s very lucky she may just get a fraction of his wealth but suspects it will go to other family members that actually visited.

Greenbang has learned that should she get lucky she could buy 150 diamonds.  But that would be frivolous.  How about transport?  Everyone of the 2004 season Formula One cars?  This would still leave $2.8 billion but the pollution would still be quite high.

Perhaps she should follow Texas’ lead and invest in wind power.  The weekend’s news has been alight with a $4.9 billion plan to build new transmission lines to carry wind-generated electricity from West Texas to urban areas in the Lone Star State.

According to AP, experts are calling this the biggest investment in the clean and renewable energy in U.S. history.

The proposal should solve a major problem for the US.  The state already generates about 5gigawatts but its transmission lines simply cannot carry that much.  AP also states the lack of lines has hindered the building of more turbines.

The decision to fund the project came from the Texas Public Utility Commission (PUC) in a 2-1on Thursday.  In a statement the PUC commissioner, Paul Hudson, ;

“We will add more wind than the 14 states following Texas combined.  I think that’s a very extraordinary achievement. Some think we haven’t gone far enough, some think we’ve pushed too far.”