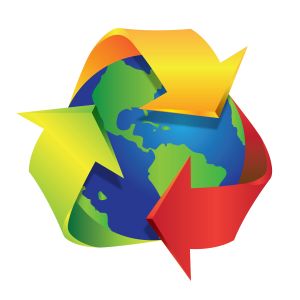 The secret to sustainable, economic success in the 21st century doesn’t lie with simply reducing fossil fuel consumption or cutting carbon dioxide emissions. Instead, the winning economies will be those that figure out how to do more with less … as in less of everything.

That strategy, called resource efficiency, involves “the systematic reduction in the quantity of resource employed
to produce goods and services in the economy.”

That’s the overarching message of “Beyond Carbon: Towards a Resource Efficient Future,” a new report from the Aldersgate Group, a broad-based coalition that works to build political support for smart environmental decisions byt assessing the economic benefits of such actions.

The study focused on the UK economy and concluded that, while the government’s low-carbon industrial strategy (LCIS) is a good first step, it doesn’t go far enough to ensure efficient use of all resources in the future. The availability of water and other resources will also pose problems, and any carbon plan needs to take those into account as well, the report stated.

“There is understandably a focus on carbon in policy making at the moment,” said Sir John Harman, former chairman of Britain’s Environment Agency and lead author of the “Beyond Carbon” report. “However, there are equally pressing resource demands across many areas of the economy which need to be addressed, such as water resources against energy use, food production against biofuels, natural habitats against agricultural intensification and so on.  All of these will require a strong policy response and each will need to be addressed sector by sector.

“We cannot rely on the market to act in time to anticipate constraints in natural resource stocks, we have to act in advance,” Harman said.

Unlike some recent studies — for example, nef’s “Growth isn’t Possible” — the “Beyond Carbon” report doesn’t make the case for some resources, such as oil, actually running out.

“This is not a ‘peak oil’ paper, which is one reason why we decided not to use oil as an example,” the Foreword states. “Resource use may have to be moderated for a number of reasons; water because of local availability even though there is a renewing water cycle; some metals because of scarcity and rising demand; carbon because of its impact in the atmosphere, and so on. Most biological resources are capable of being husbanded to provide a sustainable supply, and
the issue there is the balance between use and replacement. Therefore it is often more accurate to think of resource use in terms of sustainable and balanced cycles than in terms of rate of exhaustion or even intensity of use.”

The “Beyond Carbon” authors conclude that the UK should adopt a resource efficiency (RE) strategy that combines resource pricing, regulation and information to better manage resources across the board.

“While the LCIS acknowledges that businesses lose 2% of annual profit through inefficient management of energy, water and waste, with the potential for British businesses to save £6.4 billion per year from RE measures that cost little or nothing, the section on RE spans less than three pages and encompasses sparse policy commitments,” the report notes. “As resource constraints increasingly come under stress, the government needs a more comprehensive strategy to ensure competitive advantage and maximise economic opportunities.”