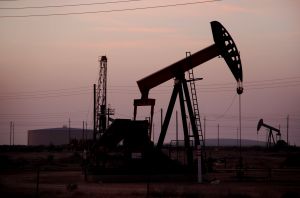 Talk about mixed messages from the bigwigs who gathered in Davos, Switzerland, for the World Economic Forum (WEF).

On the one hand, they said, to avoid dangerous climate change, we have to invest billions more than we already are into clean, green energy technologies.

On the other hand, they said, peak oil is a worry no more as the world is awash in oil and will be for decades to come.

This is not the leadership we need for a green economy future.

Where is the sense in putting out an urgent call for an all-out clean-energy revolution, then pull the rug out from under one of the most compelling reasons for launching that revolution: the very real possibility that oil might soon be increasingly difficult and costly to obtain?

It’s “wisdom” like this, coupled with the ongoing dirty war on climate science — hacked emails, Rajendra Pachauri-bashing, etc — that all but guarantees far less enthusiasm, and money, for the clean-energy future the WEF says we need.

Here’s some disagreement from economist Jeff Rubin, one of the few experts who predicted $100-plus oil before it happened and author of Why Your World is About to Get a Whole Lot Smaller: Oil and the End of Globalisation:

“No one seems to want to acknowledge the inconvenient truth that conventional oil supply (i.e. the type of low-cost fuel you can afford to burn) has not grown since 2005, and may never grow again,” he recently wrote in his blog. “Of course, that doesn’t mean that the world is running out of oil. Not even close … But what the world has run out of is the oil that it can afford to burn. While oil companies are quick to hold gala press conferences to announce new field discoveries … you almost never hear them disclosing how quickly their fields are actually depleting. And yet every year, depletion robs global production of about four million barrels per day, or about five per cent of the 85 million barrels the world consumes every day.”

And here’s another perspective, this from Matthew R. Simmons, an oil-industry expert, author of Twilight in the Desert: The Coming Saudi Oil Shock and the World Economy, and a still-believer in peak oil:

“We have no third-party audits for 90%+ of (the) world’s proven oil and gas reserves,” he told attendees at AON’s annual Energy Insurance Symposium this month. “We have no data on 90% of most important oil and gas fields.”

In sum, as Simmons put it, the “world seems comfortable in ‘trust and do not verify.’ “