The next global crisis: Water

water70
The planet’s climate dilemma and coming energy crunch are reasons enough to worry, but both might be overshadowed by the state of our water... 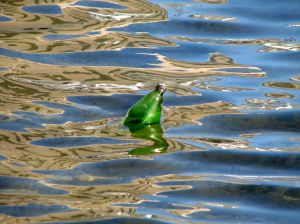 The planet’s climate dilemma and coming energy crunch are reasons enough to worry, but both might be overshadowed by the state of our water supplies.

Four out of every five people today live in areas exposed to “high levels of threat to water security,” an international team of scientists recently reported. The team’s study was the first worldwide assessment to account for both the human and biodiversity impacts of water security, and the results were sobering, to say the least.

Across the globe, those water problems are also posing a great threat to biodiversity in bodies of fresh water, with some 65 per cent of such habitats being either “moderately” or “highly” threatened.

Scientists involved in the study say the framework they developed could help decision-makers craft better policies and management responses. It also “underscores the necessity of limiting threats at their source instead of through costly remediation of symptoms,” they write.

Taking that approach is not only better for nature and humans, but better for society’s bottom line, according to the just-published “The Economics of Ecosystems and Biodiversity: Ecological and Economic Foundations,” the first of a four-volume study calculating the monetary value of nature’s services. For instance, the cost to plant and protect some 12,000 hectares of mangrove in Vietnam — about $1.1 million — might seem steep to a developing country, but the results are more than worth in. In this case, the planting resulted in a savings on dyke maintenance of $7.3 million a year.

Besides changing our focus from treating symptoms to solving problems, we also need more and better data about how water is being used and how much is available in different parts of the globe, according to the Sri Lanka-based International Water Management Institute (IWMI). Such information is hard to come by for different reasons. In the developed West, privatisation of water resources is partly to blame; when water companies look to cut costs, monitoring and data collection are often the first to go. And in other parts of the world, the money to accurately track water supplies often isn’t there in the first place.

Satellite-based sensing could soon help fill in those data gaps, says Colin Chartres, director of the IWMI and co-author of the book, “Out of Water: From Abundance to Scarcity and How to Solve the World’s Water Problems.” And a change in agricultural practices will be absolutely necessary to avert a crisis, he adds … especially as farming in some parts of the world already consumes as much as 90 per cent of local water resources. That can’t continue on a planet in which both human population and food requirements are both projected to keep growing.

“I don’t think we will reach crisis point,” Chartres tells the publication Nature, “because we will put in place technological solutions to help close the gap between supply and demand.”

For some parts of the world, those solutions had better be arriving quickly. A statement last week from South Africa’s Environment and Conservation Association, for example, warned that 80 per cent of the country’s water will be undrinkable within the next five years … and that no purification process available today could solve that problem. And emergency personnel in Hungary today are working desperately to prevent a deadly leak of toxic sludge from entering the Danube and Raba rivers.