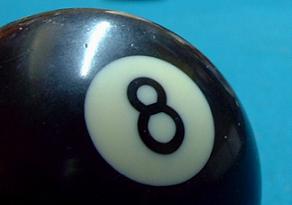 So US President Barack Obama has decided to open vast new stretches of the nation’s coastline to oil and gas exploration, begging the question, “Why?”

We decided to consult our Magic 8 Ball:

(The US Energy Information Administration (EIA) last year concluded that opening up previously off-limits areas of the outer continental shelf to exploration would probably add about 18 billion barrels to the nation’s energy reserves. Sounds like a lot, doesn’t it? But it’s just 211 days’ worth of global oil consumption … and 20 per cent of the US’ technically recoverable resources.)

(Even if drilling in new regions started today, the oil and gas wouldn’t start flowing until around 2020. And the EIA estimates that all-out offshore drilling would keep petrol prices just 3 cents lower than they otherwise would be … in 2030.)

Question: Is this move a sop to Republicans?

(US House Minority Leader John Boehner has already complained that Obama didn’t go far enough to open up new regions to oil exploration, and other Republicans have blasted the move as “feeble.”)

Question: So why this, why now? Could this decision be a hedge for the likely soon-to-come day when oil prices reach a new peak beyond the previous record of $147.27 set in July 2008? A political insurance policy against the guaranteed howls of “Drill, baby, drill” that will return with triple-digit petroleum prices?

(With the economy just barely into recovery mode, oil prices are already well into the $80-plus-per-barrel range, not the $30-per-barrel or lower predicted by so many “experts” after the global financial meltdown. Jeff Rubin, one economist who accurately predicted the last price peak, tells us to expect a new record price by next year.)

What do you think? Is the Magic 8 Ball spot on, or do you see another reason for the president’s oil exploration move?