The human body: the next step in clean energy? 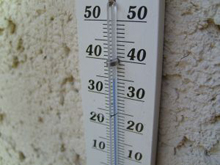 Researchers have come up with an idea of using body heat to power electronics, gathering energy from body heat and re-routing it into your mobile phone or iPod or what have you. It involves silicon nanowires, so Greenbang will let TG Daily explain it like this:

Imagine a time in which you would not have to plug in your cellphone or iPod over night to recharge the battery. Instead you would power and charge a device simply by wearing it close to your body. The concept of converting waste heat into electricity isn’t exactly new, but it never really materialized due to efficiency hurdles. Now, scientists from the U.S. Department of Energy’s (DOE) Lawrence Berkeley National Laboratory (Berkeley Lab) and the University of California at Berkeley think they may have found a key increase the conversion efficiency by a factor of 100.In contrast to previous silicon nanowire-based converters, researchers have used what they describe as “rough” silicon nanowires.

The material is created in a process of “electroless etching” in which arrays of silicon nanowires are synthesized in an aqueous solution on the surfaces of wafers. According to the paper published, the “technique involves the galvanic displacement of silicon through the reduction of silver ions on a wafer’s surface”. In contrast to common silicon process methods, this technique results in vertically aligned silicon nanowires that apparently feature exceptionally rough surfaces. And it is that roughness that is believed to be critical to the surprisingly high thermoelectric efficiency of the silicon nanowires.

Greenbang likes the idea of this – a practically endless supply of readily available energy – and hopes the technology won’t languish uncommercialised for years, only to turn up on the “whatever happened to?” edition of Tomorrow’s World.