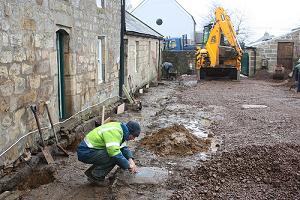 There is plenty to be grumpy about when it comes to waste disposal in the UK.

Each year, the UK produces an estimated 335 million tonnes of waste, according to number-crunchers at DEFRA, the UK government department responsible for policy and regulations on the environment. Around half of that ends up in a hole in the ground, commonly known as landfill. Waste capacity in some regions of the UK is down to less than five years at current rates of consumption.

The House of Commons Environment, Food and Rural Affairs Committee recently criticised DEFRA’s waste strategy for focusing disproportionally on domestic waste — the waste that we leave by the roadside for collection. It accounts for less than 10 per cent of overall waste in the UK. Non-household waste makes up the majority of landfill but with no directive from the European Union, the UK Government has set almost no targets.

Government policy in this area is quite literally rubbish. 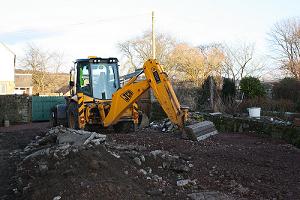 There is one exception, namely demolition and construction, which currently generates more than three times the amount of waste of domestic households (32 per cent). The Government wants this halved by 2012.

It’s this area of waste that has been under scrutiny on our project restoring a 300-year-old farmhouse in Northumberland around eco-principals. There is inevitably lots of waste when an old building is stripped back to its core.

The farmhouse is a round-trip of more than 50 miles from the nearest waste disposal and recycling centre. The cost of transport combined with waste charges provides a big incentive to find alternative means of recycling or reuse.

Where possible, we are reusing waste materials from the build. Rubble and stone is being incorporated as the foundation of new paths or set aside for use in the garden. 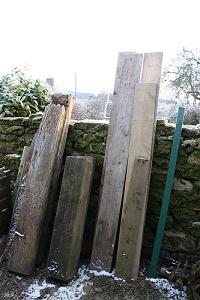 Wood from kitchen benches will be manufactured into shutters or raised flowerbeds. Electrical and plumbing fittings be reused at least until we know that we can afford to replace them with modern eco-versions or original fittings in keeping with the house.

More than three tonnes of stone chips have been removed from the old farmyard to make way for a kitchen garden. The stone is from the local Biddlestone quarry and is a common feature of local paths and driveways so the spoils have been literally shared around the neighbourhood.

Where reuse directly on site isn’t possible, materials are being sorted and recycled.

Any wood that can’t be reused on the project has been offered to a local carpenter. Rejected timber will be chopped up for use as fuel on the stoves in the winter. Likewise, old cables, pipe work and radiators are being set aside for metal recycling.

Some items are hard to recycle despite their excellent condition. You struggle to give away a second-hand toilet it seems — even on a recycling site such as Freecycle.

Herein lies the issue: it takes considerable effort to coordinate and manage waste disposal and reprocessing on a building or renovation site. It’s much easier and ultimately less expensive, given labour costs, to use landfill.

But that’s because waste disposal costs don’t reflect the true price of disposal. How can it when it will take several decades for landfill waste to degrade? Waste storage would be a more accurate description of the issue.

1 thought on “The Grumpy Environmentalist: The woes of waste”