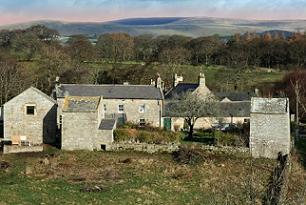 Environmental planning should be incredibly straightforward. Nature has stated its case and clearly laid out the rules and it’s now a case of falling into line.

All too often, however, local agendas override macro environmental concerns. In the UK, the history of a building is placed ahead of its environmental impact. 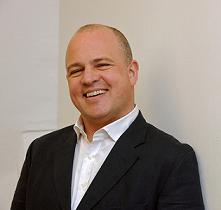 Two years ago my family bought a 300-year-old listed farmhouse in Northumberland. It sits east-to-west, facing south on top of a hill, with a formal garden at the front framed by a wall and two dove cotes. Our vision was to take it off grid insofar as possible with the target of a zero-carbon footprint.

The good news is that we’ve received consent to undertake almost all the work we want to in order to sympathetically restore the house yet modernise its services.

The bad news? Environmental concerns are literally out of the window. Solar water heating and replacing the windows with sympathetically aesthetic double glazed units are an absolute no-go. And the viability of a biomass boiler is in question.

I’ve done the sums. Unplugging the TV at night or using eco-light bulbs doesn’t make a blind bit difference when more than 30 per cent of the energy used to heat a house is disappearing though the windows.

Both solar panels and double glazing are dismissed on grounds of authenticity. Solar I can understand, but the argument that sympathetic double glazing would change the character of the building is beyond me, especially with the quality of craftsmanship available in the UK. But, according to preservationists historical detail must be the top priority where a historic building is concerned.

A study by management consultants McKinsey more than 18 months ago found that emissions from buildings generate two-thirds of London’s CO2 and that the greatest reduction could be achieved through improved insulation. Domestic insulation makes both economic and environmental sense.

Biomass as a heating source is in question as it would require a new flue and that would have a detrimental impact on the appearance of the house — unless we can integrate it into an existing chimney. That aside, I have concerns about the viability of woodchip as a domestic heat source; biomass boilers are industrial rather than domestic products, information about the eco-credentials of the manufacturing process of the fuel is hard to come by and its undersupply in the UK means that it appears to track the oil price.

With the help of some friends from the Woodland Trust, we’ve planted an orchard and native trees in a bid to grow our own fruit and offset carbon but that no longer makes me feel a lot better. Besides, our efforts are dwarfed by the Forestry Commission which maintains a 375-acre wood on our doorstep. It brings home the brutal truth that carbon offsetting so often is a mask for the much bigger issue of poor energy use rather than a solution in itself.

Don’t get me wrong. I’m not complaining. We bought the house knowing that it was historically important and that, combined with its location, was fundamentally the root of its appeal. But I am grumpy. I’ve had to compromise my principals — and burn lots of oil.