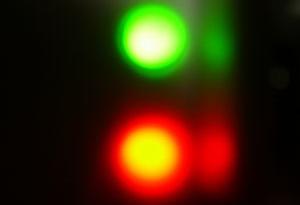 You might have requested a vitamin supplement with your fruit juice to get you started in the morning, but how willing would you be to pop in for an anti-ageing cocktail delivered through an IV drip on the way into work? Sounds implausible? A step too far even for our health conscious times? Well, Tenteki10 in Japan has been offering that service since early 2008, and it could soon be coming to a high street near you.

Welcome to the study of “weak signals” where both the bizarre and the seemingly mundane are tracked to give a glimpse as to what changes might lie unseen around the corner.

The author William Gibson famously said: “The future is already here — it’s just not evenly distributed.” In its simplest form, the study of weak signals is the search for those elements of the future that are indeed already with us — but have yet to be recognised as such, let alone adopted by mainstream society.

Weak signals can range from small changes in behaviour and technology, to signs that a significant shift in a system might be imminent. Often it can just involve a hunch that something different is underway, rather than a clear indication of predictable change. An individual signal might make little sense at the time; it might require a number of other similar signals, or a creative leap to realise just what it could be pointing to. It can be infuriatingly abstract. But you have to make a note just in case …

Why look for weak signals?

At Forum for the Future, searching for weak signals is one of the most important and enjoyable aspects of our work.

For the vast majority of organisations, though, it can easily seem a waste of time. It is almost impossible to chart every new idea or behaviour that comes along, just in case it might be relevant. Precious few organisations can focus resources on events which, at first (and often only) glance, seem irrelevant to their core business.

However, new behaviours and technologies can emerge and be adopted startlingly quickly. Take Facebook, which reached 150 million users almost 18 times faster than television did in its heyday. It’s part of a revolution which has rapidly disrupted longstanding business models — not least those of the music industry, which is being overturned by downloads. There were surely weak signals back in the ’90s giving hints of the revolution to come, but most in the business failed to pick them up — or chose to ignore them.

Despite what we like to believe, trends very rarely continue in a linear direction, and sudden shocks — such as the recent financial crisis — can be immensely destabilising. Tracking weak signals is a key part of being prepared for the unexpected, and understanding that multiple futures are possible.

Where are weak signals — and how do you catch them?

The simple and rather unhelpful answer is anywhere. From observing behaviour whilst walking down the street, to reading technology magazines from other countries, there are numerous sources. The challenge is to sort the signals from the noise. And that noise has been massively amplified by the internet. The explosion of information on the web has been both a boon and a burden. But it has also provided us with some tools to sift the wheat from the chaff.

Wherever you source your signals from, it’s important to stray outside your comfort zone. The really interesting ideas often come from way beyond your own “home sector.” A drop-in anti-ageing café might not on the surface seem a mainstream sustainability issue, but human beings living for longer certainly is.

So you’ve found a weak signal — what next?

At Forum, once we spot something that might be of interest we make a note of it on an internal blog and tag it according to predefined categories. Sometimes a number appear that defy categorisation — which suggests that we are looking at a previously unseen shift in behaviour or technology. It all generates a massive amount of information, which needs further filtering and analysis, and it’s fair to say that we are still only beginning to realise the full potential of the data.

Jody Turner, Founder of CultureofFuture.com, says creating credible future scenarios involves capturing and tracking vast reams of information. Although she doesn’t use the phrase “weak signals,” she expresses the concept nicely when she says: “It’s having a practiced eye to note the influential and forward leaning occurrences around us. As I lay out information, a directional flow begins to emerge, and I can see familiar patterns that overlap with other studies and outcomes.” Forum’s Head of Futures, James Goodman, calls it “well researched fiction backed up by plausible evidence.” That is why we use individual signals, or groups of signals, as part of our future scenarios work. They provide useful evidence of the plausibility of any given scenario — and show where elements of that possible future have already arrived.

As well as such practical applications, though, perhaps the greatest benefit from tracking weak signals is the way it broadens your horizons and encourages creativity through exposure to a vast amount of stimulating ideas, trends and patterns. In uncertain times, being able to suggest ways forward that are a little out of the ordinary is a very valuable skill. And the more you do it, the more you see …

Editor’s note: This was a guest commentary by Hugh Knowles, Principal Sustainability Advisor at Forum for the Future. This piece originally appeared in Green Futures, which is published by Forum for the Future and is the leading magazine on environmental solutions and sustainable futures. Its aim is to demonstrate that a sustainable future is both practical and desirable — and can be profitable, too.