The data centre that runs on wind 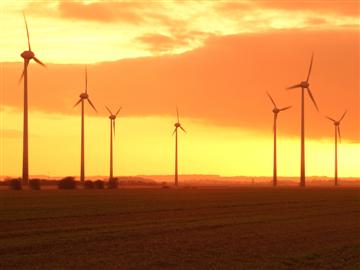 
Now when anyone says they are carbon neutral or use zero carbon, your journalist alarm bells should start to ring.

You have to be careful how they measure it. Do they mean they emit nothing and use local, organic materials etc, or, as many companies do, do they just offset the emissions after the job is done?

So look at this initiative, and bear that little gem in mind as they claim they’re not offsetting.

Smartbunker’s zero carbon energy policy is a preferable alternative to ‘carbon offsetting’ in which carbon emitted by traditional energy supplies is theoretically neutralised by projects designed to extract carbon from the environment. Smartbunker provides a new concept for customers looking for a highly competitive managed hosting service with minimal environmental impact.

“The zero carbon energy used in the data centre costs a little more than standard supplies but this is offset by the power saving derived from the design of our infrastructure. All the elements of Smartbunker’s design, combined with Centrinet’s proven expertise, guarantees that our customers have all the service and environmental benefits at no additional cost,” said Kelly Smith, managing director at Smartbunker.