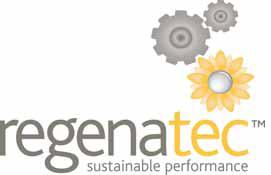 Today’s entry from Greenbang’s special report on UK Clean Tech Start-up businesses is about Regenatec, just one of the many companies found in the report.

Regenatec owns patented technology that allows existing diesel engines to operate on pure plant oil (PPO), the raw material of biodiesel. Using the Regenatec conversion technology and propritary fuel additives, any diesel engine can operate on PPO. There’s a cost saving for companies with big fleets that want to substantially reduce their carbon footprint whilst providing a cost-effective diffentiation to competitors.

The company says it is seeing ‘traction’ in its target market of high-use, depot-based vehicles such as buses, trucks and refuse vehicles, where alternatives such as battery or hybrid cars are either technically unviable or way too expensive.

Regenatec is currently developing a plant oil based lubricant with the German company Fuchs, designed to be fully compatible with biofuels, thus overcoming the incompatibility of biofuels with conventional lube oils. The lube oil is currently performing well in pre-release trials and Regenatec will have an exclusive licence to exploit it in the territories where it operates.

Biofuel has a bad name, but this is a far cry from biofuel processing in some countries, where raw plant fuel is imported, refined and exported with a green ‘home grown’ label on it. These guys are pretty open about what they do.It should be said that the impact of alternative fuels on food production has been widely criticised.

However, Regenatec is in the process of merging with early stage Indian start-up company CleanStar Energy, to form ‘RegenaStar’.

CleanStar has pioneered the cultivation of non-edible oil bearing trees on marginal land in central India, overseen by an NGO. If you’re going to do biofuel, you could learn a lot from these guys.

It’s worth noting that the Regenatecs future biofuel will come from nonedible oils, such as jatropha and pongamia – the sort of plants that you would not want to eat, but could grow in areas where not much else would.