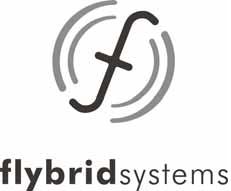 Flybrid Systems LLP is just one of the companies included in Greenbang’s Clean Tech Start-up Index, here is a bit more information on the company.

Another solution for hybrid vehicles comes in the form of Flybrid Systems. This start-up has designed and developed a high-speed flywheel-based hybrid system that recovers and stores lost energy from cars. The Flybrid System claims to be roughly twice as efficient as current electric hybrid systems as well as smaller, lighter and lower cost. And when the product comes to the end of its life, it’s easy to recycle, the company says.

“Flywheel hybrids are not new. What is new is that Flybrid has managed to make the rotation speed of the flywheel in vehicles faster by as much as three times than was previously possible. That means Flybrid can cut down the size and weight of the device. Vehicles featuring the technology could be on sale by 2013.”

Here we see two founders who were willing to throw their own capital behind the project and with good reason – in the long-term, kinetic energy recovery is likely to be mandatory on every vehicle from cars to buses and trains. From a cost point of view, a car fitted with a Flybrid system is expected to save as much as 30 to 35 percent in fuel costs.

For high-mileage or high-fuel consumption vehicles, the savings are potentially significant and finding early favour with truck and bus fleets will be the cherry on the cake.