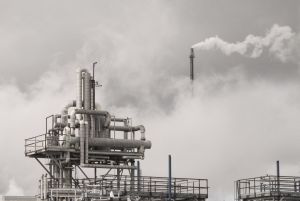 While the price of carbon dioxide needs to be around $100 a tonne to make a clean-energy economy and a safe climate viable, the nascent carbon market is instead backsliding in price and devolving in multiple ways.

In France, for example, carbon pricing has appeared to become more of a political football than anything else. Shortly after the centre-right UMP party’s defeat over the past weekend, the government announced it would abandon plans for a national carbon tax — a proposal launched by President Nicolas Sarkozy just last year — and instead press for an EU-wide pricing policy. French industry greeted the decision, but green NGOs slammed it as contemptuous. Certainly, as EUobserver notes, it represents a setback in Europe’s progress in carbon pricing as countries like Germany and the UK are “highly unlikely” to pursue a continent-wide tax.

Or maybe not. Britain’s Tory party last week outlined a plan in which, if it wins the next general election, it would set a price floor for carbon to ensure that investments in clean energy remain appealing to industry. Such a limit could help protect efforts to build a green economy from the current vagaries of the carbon market, which has seen prices swing from well over €30 per tonne in 2008 to below €15 per tonne today.

Meanwhile, Europe’s carbon credit trading scheme is coming under fire after last week’s revelation that Hungary had been selling recycled credits, essentially swapping EU-recognised carbon offsets for United Nations credits that aren’t valid in Europe. While the exchange is legal, thanks to a loophole in UN regulations, it goes against the “spirit” of the carbon market, said one analyst.

In the US, which has yet to adopt a nationwide cap-and-trade system for carbon, much less a carbon tax, even baby steps aimed at regulating carbon emissions are under attack. So far, 15 states have come forward in court to challenge the US Environmental Protection Agency’s so-called “endangerment ruling,” which would allow the agency to regulate emissions as a human health hazard under the Clean Air Act.

And California, which has led the pack among US states in efforts to control greenhouse gas emissions is having troubles of its own. While a government analysis shows the state’s 2006 Global Warming Solutions Act won’t harm California’s economy, business and industry groups hope to challenge the legislation in a ballot initiative this fall.

All this underscore the problem with pricing resources at levels that don’t reflect their true impact on society and global ecosystems. As oil industry expert Matthew Simmons has noted, the relatively low prices we’ve paid for both oil and water till now have “defused supply concerns and discouraged efficiency measures.” It  appears we’re also now muddling into the same trap with carbon.