Texas to EPA: don’t mess with us 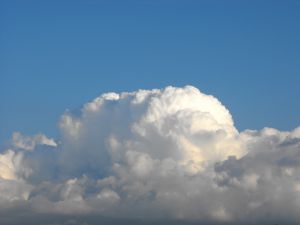 Where some see going green as a new opportunity to create jobs and grow new industries, Texas Gov. Rick Perry sees a threat to his state’s way of doing business.

Citing the possible harm to his state’s economy, the Republican governor this week urged the U.S. Environmental Protection Agency (EPA) not to adopt new regulations to reduce greenhouse gas emissions.

“The EPA is making plans to re-interpret the Federal Clean Air Act in ways that were never contemplated when this law was passed and will cripple the Texas economy,” Perry said. “The methods under consideration by the EPA will punish innovation, cost jobs and drive investment out of Texas and overseas.”

In a letter to EPA administrator Stephen L. Johnson, Perry claims the EPA’s proposed regulations would raise costs and create time-consuming bureaucratic requirements for “large swaths” of the economy while having “negligible effects on worldwide concentrations of greenhouse gas emissions.”

Rather than adopt the proposed changes to the Clean Air Act, Perry said, the federal government should modernize the nation’s electrical grid, eliminate barriers to nuclear power development, promote the development of carbon capture and sequestration technologies, and provide long-term tax and regulatory measure to support energy efficiency and renewable energy development.

Perry makes the case that, when it comes to developing wind energy facilities, Texas has done more than any other state and even most countries. However, his letter also offers a somewhat in-your-face assessment of his state’s contribution to U.S. energy:

Or, as the state’s slogan puts it, “Don’t mess with Texas.”