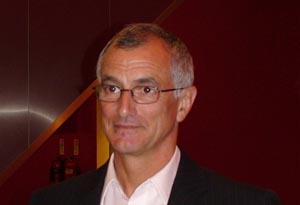 Sat in the ACC Liverpool Arena, Greenbang has just lost a sweepstake with another journalist attending the Green Car Guide Live! show. Greenbang didn’t expect the Tesco.com representative to sneak in the brand slogan ‘every little helps more than four times in the interview and presentation. The winning answer was six.

At the show, Greenbang caught up with Tesco to discuss its fleet management to check on progress 18 months after its CEO Sir Terry Leahy that the company will be a leader in the low carbon economy.

The supermarket behemoth’s fleet engineering manager, Duncan Vavangas, commented that availability has been the real stumbling block. When Vavangas started the project ago there was no off the shelf technology and even now there isn’t a big manufacturer producing vehicles suitable to Tesco.com’s needs.

That said, the company currently has recently reached the first mile stone and to date 1 per cent (22) of its 2,200 strong fleet being green vehicles. This includes 15 new and seven retrofitted vehicles.

There are also plans to greatly expand this. The company’s eyes are firmly on Mercedes, which manufactures the vast majority its vehicles. According to Vavangas Mercedes will most probably be releasing a hybrid van by 2012 (ish) and this should be the key to helping the supermarket slowly move its fleet across.

On the future, Vavasas stated that he saw the real way ahead for Tesco.com being, “diesel electric hybrids with fully electric in the inner cities.” This, he anticipates, would give Tesco a 15 per cent reduction in CO2 emissions, from the hybrid vehicles alone.