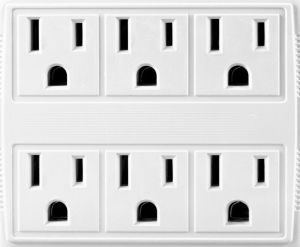 Say what you will about The Terminator, but California Gov. Arnold Schwarzenegger understands the need for a clean, green economy better than many.

Already an outspoken advocate of measures to fight global warming, Schwarzenegger this week took another step toward a more sustainable California economy by announcing a public-private partnership to build a carbon-free transportation infrastructure in his state.

Launched with the support of the Bay Area Council, the Silicon Valley Leadership Group and Better Place of Palo Alto, Schwarzenegger’s mission is to both stimulate the economy and make California electric-car-ready. The initiative will launch first in the San Francisco Bay area.

The goal is to make the Bay area the first part of California to convert from carbon-based transportation to a green and sustainable system.

“Transportation accounts for about 40 percent of California’s greenhouse gas emissions, and is globally forecast to consume over half of all oil in the coming decades,” said Dan Kammen, director of the Transportation Sustainability Research Center at the University of California, Berkeley. “This kind of public-private partnership is exactly what we need to create new jobs building a clean energy infrastructure, and contribute to economic and environmental recovery locally and globally. This initiative will help to put the Bay Area in the forefront of developing the science, engineering, and public policy innovations that simultaneously reduce greenhouse gas emissions and lead us to the next economic boom – the clean energy century.”

Better Place is focused on building a global network for electric cars. In addition to California, it is working on similar efforts with Australia, Denmark and Israel.

According to Better Place, it will take about $1 billion in infrastructure improvements to make the Bay Area ready for electric cars — that’s a bargain, considering the sums governments are throwing around these days. It hopes to have electric cars widely available in the area by 2012.