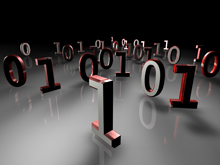 Greenbang likes analysts. They’re clever folk and, like silk worms, if you leave them alone for long enough, they come up with some really cool stuff. Just like Greenmonk, who’ve come up with the idea of “bit miles”.

Like food miles, bit miles would assign a ecological, social and economic footprint to IT, in order to get people to think about the environmental costs to their technology. Says Greenmonk, on its eponymous blog:

Bit miles thinking isn’t confined to IT. Any industry that involves needless transport of information that could be digitised should perhaps be subject to the dread Carbon Added Tax. We ship bits in all kinds of industries. Think of the music industry, so long addicted to the inventory of little plastic discs, black for most of the 20th century, iridescent for the end of the period. When Wired editor Chris Anderson first started looking at Long Tail businesses he didn’t have green thinking in mind. But by assiduously researching and laying out the economics of abundance through digitisation in his ground breaking book he could indirectly have done green lobbies a huge favour. A key Long Tail insight is that abundance doesn’t necessarily mean waste. When the inventory is digital it can be infinite.

Greenmonk goes so far as to call for the complete death of paper in the office, to be replaced by online wikis.

The more Greenbang thinks about the idea of bit miles, the more she likes it. Anything to stop vendors sending meaningless screeds of material and indigestible CDs gets Greenbang’s thumbs up.