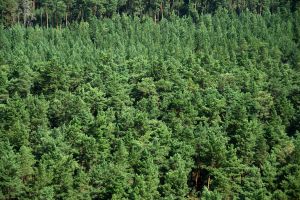 A power source has been developed by an MIT student using the difference in pH between the trees and the ground to power a wireless network.

The US Forest Service has been trialling this technology to track weather conditions, particularly during fire season. The service currently predicts and tracks fires using a variety of tools, which are expensive and sparsely distributed.

The Voltree Power system uses the trees as a self-sustaining power supply. Each sensor is equipped with a battery that can be slowly recharged using energy generated by the tree. The system produces enough electricity to allow temperature and humidity sensors to wirelessly transmit signals four times a day or immediately if there is a fire. Signals hop from one sensor to another until it reaches an existing weather station that beams the data by satellite to a forestry command centre in Boise, Idaho.

The inventor of the process Christopher Love, is currently a senor at MIT, majoring in Chemistry.

Who knows, maybe in a few years we’ll be able to use this tech to power our laptops with energy generated from our potplants.