Taking business into the green — or not so green — cloud

cloud computing7
There’s little doubt the cloud is helping businesses of all sizes — mega, medium or small — do a lot more than they used... 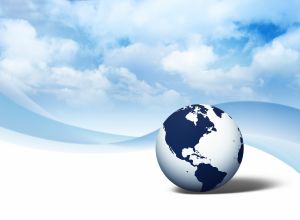 There’s little doubt the cloud is helping businesses of all sizes — mega, medium or small — do a lot more than they used to. Cloud-based software, platforms and infrastructure are making it possible for organizations to provide more information to customers, offer more services and expand in new directions, and to do it all with relative ease, affordability and efficiency.

But are all those services energy efficient? Do they help users become greener as well as smarter? While the cloud has fast become a mainstream business model, it’s still unclear if it offers a path to sustainability.

On the plus side, cloud computing is certainly an enabler of green strategies like telecommuting. By making it easier for employees, contractors and partners to work remotely yet still be able to access all the digital “comforts” of the home office, the cloud has the potential to dramatically cut workday traffic, business travel and their associated fuel/carbon footprints. What’s lacking right now are data on how much it might actually be doing so.

And then there’s the argument that the cloud is inherently more efficient because of economies of scale. That argument asks, which is better: 100 small companies that all run their own underutilized — and, thus, inefficient — servers? Or 100 small companies that all use the same cloud services provider with the resources to make sure every server it puts online is used as efficiently as possible?

For example, are cloud-based email services like Google’s Gmail, IBM’s LotusLive iNotes or Microsoft’s Exchange Online a greener choice for a business now running an email server in house? They can be, a number of studies have found. In one, Google crunched the numbers and concluded Gmail could be nearly 80 times as energy efficient as running an in-house mail server. In another study, Accenture found that large companies moving email and messaging services into the cloud could cut energy and carbon by 30 to 60 percent. For small businesses, it found, the savings could be 90 percent or more.

On the other hand, the energy and carbon savings might not be so great if — as Greenpeace has pointed out in several studies about IT and cloud computing — service providers are powering their vast cloud server empires with electricity from polluting, coal-fired power plants instead of renewables. While many leading IT companies have set goals to reduce greenhouse gas emissions or increase their use of clean energy, none has gone all-renewable yet.

Does that really matter if those companies’ small- and medium-sized business customers have also been relying on dirty energy? Wouldn’t that just be shifting these smaller companies’ footprints to the cloud providers? Maybe. Again, there simply hasn’t been enough analysis of all the angles yet to say.

And then there’s the argument that the cloud is making it easier for a lot of people and organizations to do more than they would otherwise have done. As RedMonk analyst Tom Raftery noted (quoting Infochimps’ Flip Kromer), “anyone with a $10 bill can rent a 10-machine cluster with a terabyte of distributed storage for eight hours and because it costs virtually nothing to do it and because anyone can do it – it happens all the time.”

That’s not very green, Raftery points out. And in that regard, he’s right. That problem is the one of Jevons Paradox, the principle described by 19th-century English economist William Stanley Jevons. He noted that more efficient coal-fired steam engines actually led to an increase in the use of coal, rather than a decrease. Some worry that the same effect — that, by making something easier to use, we end up using a lot more of it — could apply today to many other technologies, among them, cloud computing.

That’s not by any means an argument to avoid adopting new cloud-based apps or shifting some operations to the cloud. What it does suggest, though, is that businesses looking to explore new cloud-level horizons should always do their homework first and make sure there’s good reason for doing so, other than “because they can.” The business reasons aren’t hard to find. But a little extra planning and diligence can ensure those reasons are also smart from an energy and carbon perspective.

This post was written as part of the IBM for Midsize Business program, which provides midsize businesses with the tools, expertise and solutions they need to become engines of a smarter planet.