Sustainability needed, not just Green IT 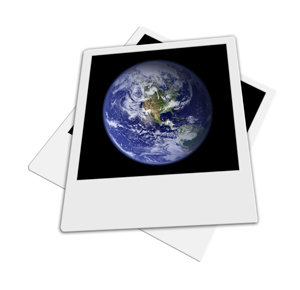 Greenbang’s been talking to Quocirca about Green IT for a while now. Simon Perry explains where it’s at…

Very few problems are solved by technology alone. The history of IT deployment is littered with the carcasses of dead projects which failed to consider people, process, education and politics alongside the software and hardware. However, no matter how many times that truism is forgotten, another project kicks off like a rerun of the movie Groundhog Day, flushing yet more money and effort away in the process. Sustainability, unfortunately, is not an area where we can afford such indulgences. As Dr. Jim Hansen and other scientists remind us, we have little wiggle room left.

Meanwhile there’s a lot being said right now about “GreenIT” – a term implying that IT can both be “green” and can deliver “greenness”. Putting aside for now any comment on the distracting and destructive marketing tactics that are greenwashing, it is worth asking whether GreenIT is a valid term. It all seems a bit like the early day of the internet when eVerything internet got spelled strangely. Just what is it we’re trying to achieve and how can we realistically deliver?

Surviving the twin problems of climate change and the end of cheap, abundant energy requires a range of changes that cut across the way we live, play, learn and work. Few if any of those changes are going to be delivered purely through technology. Let’s remember that it isn’t a technology problem we’re trying to solve, it is a problem that results from the manner in which we currently operate as individuals, societies and economies. Technology may play a role in enabling change; however, without embracing the consideration of people, process, education and politics we will just have another failed technology project. What is different in this case, though, is the scope and impact of the failure.

“GreenIT” seems, in a lot of minds, to be associated with energy efficiency.  There is also, quite rightly, a lot of thinking going on about how IT can enable the necessary changes in the way we work and play. At its European and Emerging Markets analyst conference, Cisco made much of how its TelePresence technology can play a role in eliminating business travel. All of which was very positive, particularly when Cisco’s described how its own use of TelePresence has delivered financial benefits to the company to the tune of $85m of avoided travel expenditure in one year.  However, it would have been far more impressive as well as environmentally beneficial for the technology to have been used to deliver the message to the assembled 100 or so analysts, many of whom had flown in to hear it presented by Cisco executives who had also flown in.

Cisco’s contribution goes further than TelePresence however. The company recognises that we need to address not just how we communicate and collaborate, but also how we generate and consume energy. Furthermore, we also need to re-examine how we plan, build and operate our communities. Cisco’s Connected Urban Development (CUD) efforts are the means through which the company goes beyond technology and embraces people and politics. Through CUD Cisco contributes to strategic thinking regarding how the cities in which we live and work can be built in a low(er) emissions way, with technology playing an enabling role in replacing travel; and managing the production of energy and how we consume it.

If Cisco can successfully promulgate this message then we could start to see some real changes in how we approach our daily lives.  The resulting changes are well beyond technology; reaching to social and economic behaviour and urban design.

GreenIT boils down to just trying to slow down how rapidly the world grinds to a halt – efficiency versus transformation. Sustainability looks to create a life pattern that can be replicated and managed through the generations, and it involves technology for the same reason we involve technology in anything – to contribute something useful toward achieving the end goal. What is needed is to apply the correct technology, combined with human and process needs, in order to create and accelerate the necessary change.

By itself GreenIT is just another doomed technology project. Give me sustainability any day.