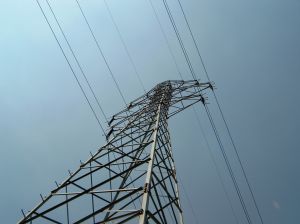 Nearly eight in 10 US consumers — 79 per cent — say in a new survey that they’re ready to make short-term changes in their energy use habits to gain longer-term benefits.

Commissioned by GE, the national survey found that 72 per cent believe that, left unchanged, today’s energy sources and consumption habits could hurt the country’s economic growth. And 63 per cent said they’re willing to work with their power companies to help bring about changes in consumption patterns.

The vast majority of those polled — 88 per cent — said they are willing to use devices like smart meters if they could help better manage their energy use. Of this group, 82 per cent say they believe smart meters and smart appliances are vital technologies for the future.

According to GE, the survey findings indicate that people in the US are ready to see changes in the nation’s energy landscape.

“There are some things that are essential to achieving a desired quality of life, and Americans overwhelmingly agree that investing in our nation’s energy future is one of them,” said Bob Gilligan, vice president of digital energy for GE Energy Services. “The American electrical grid system has undergone little investment in the past 25 years. Even worse, most generation stations were built in the 1960s or earlier using even older technology. As a nation, Americans recognize that a cleaner, smarter and more efficient energy infrastructure will help create a competitive economic future. The key is to invest correctly — the right way rather than the easy way.”

Of those questioned in the GE survey, 70 per cent said they would rather see their power companies spend money to make existing infrastructure more efficient than invest in new power-generating plants. They also believe such improvements offer the potential for economic growth.

Respondents expressed support for smarter appliances, meters and grids for the following reasons:

“Consumers are ready to think differently about how they use energy,” Gilligan said. “For those consumers that do not currently embrace smart grid technologies, more than a quarter of them (27 per cent) admit that they don’t understand the benefits of smart meters or smart grids. Therefore, it is important that continued consumer-friendly education is provided to address this gap in understanding.”