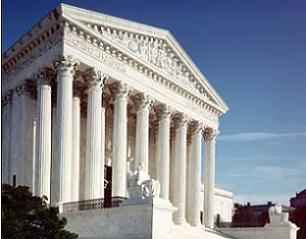 Picture this: It’s early October 2012, and with just one month to go before the US presidential election, every third political commercial on TV is paid for an oil company and promotes Republican nominee Sarah Palin over the incumbent Democrat Barack Obama, whose position is sliding in the latest polls. In fact, the nation’s most profitable corporations have thrown 100 times as much money at ads supporting Palin as they have at those for Obama.

One month later, Palin wins in a landslide. In her victory speech, she heartily thanks the multinationals whose generous funding helped her to win, and makes several pledges for action once she takes office. Her agenda: withdraw the US from any future international climate change talks, reverse the Environmental Protection Agency’s decision to regulate carbon dioxide emissions, put an end to the two-year-old cap-and-trade law and open the Arctic National Wildlife Preserve to an all-out programme of “drill baby drill.”

That scenario has become far more plausible, thanks to yesterday’s ruling by the US Supreme Court in the case of Citizens United v. Federal Election Commission.

The case, which stemmed from a 2008 District Court decision that barred the conservative group Citizens United from airing TV commercials to promote its critical documentary Hillary: The Movie shortly before the Democratic primaries. That court ruled that such commercials amounted to “electioneering communications” and that the documentary itself was aimed solely at discrediting Democratic candidate Hillary Clinton.

Yesterday’s Supreme Court 5-4 decision, made with a complete partisan split, essentially said those types of commercials are perfectly OK. The ruling puts an end to a 63-year-old ban on corporations airing their own campaign ads with funding from their general treasuries. That opens the door to the wealthiest companies in the US being able to throw even more money and public support at the candidates whose policies they believe will benefit them most.

And let’s consider who these companies are: according to the latest figures from Fortune, the top 20 most profitable corporations in the US are:

Take a look at that list again. Notice that it includes three oil companies, one financial firm that was at the heart of 2008’s financial near-armaggedon, a tobacco company that’s spent millions to seed doubts about the connections between smoking and lung cancer (as well as between man-made carbon dioxide and climate change) and a media giant (News Corp.) better known as the blatantly pro-Tea Bagger, anti-science Fox. Thanks to yesterday’s court decision, these six companies combined have a total of $93.90 billion in profits they can now pump into openly stumping for their favoured presidential candidate.

By comparison, Obama and Republican rival John McCain together raised just over $1 billion to support their candidacies.

You can see, then, why the Citizens United decision raises a red flag, especially in terms of national policies on clean energy, energy security and climate change.

While many of the top 20 most profitable companies are actually also leaders in sustainability — even the much-maligned Wal-Mart earned the Carbon Disclosure Project‘s highest rating in the consumer staples section last year — others, well, they’re not so much. Both Exxon Mobil and Philip Morris have had a long history of funding think tanks that promote contrarian views on climate change and clean energy; in fact, Philip Morris remains the only one of the top 20 corporations that hasn’t yet provided information to the Carbon Disclosure Project.

Obama himself didn’t mince words or try to minimise how all this could affect future elections and national policy. In a statement yesterday, he called the ruling, “a major victory for big oil, Wall Street banks, health insurance companies and the other powerful interests that marshal their power every day in Washington to drown out the voices of everyday Americans.”

And, we might add, to drown the hopes of so many to build a sustainable, clean-energy future and a liveable climate.