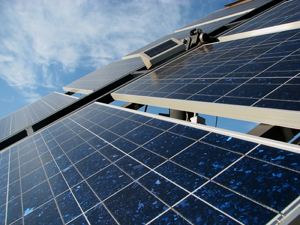 Has the ring of the super villain about it, doesn’t it? You know, harnessing the power of the sun to build solar weapons, capable of reducing entire continents to smoking rubble with the flick of a switch. Indeed, a quick Google search reveals villains as diverse as Bond nemisis Scaramanga and Doctor Octopus have attempted to “harness the power of the sun”.

Nevertheless, all this language is obviously exciting investors. This week saw another press release, disappointingly free of superhero allusions – or details for that matter.

For your SunEdification, Greenbang will reprint it here: