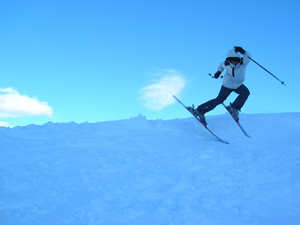 Ah, the English winter – all the charm of an STD. It’s got icy pavements, frozen fingers and a working day that precludes seeing any of the fleeting British daylight – once you add in a snowballs with stones in the centre (Greenbang salutes the innovative kids she went to school with for that one) and road gritters, and there’s not much to put a smile on your face for a few months.

But the Highways Agency is working on scheme to store a little bit of the summer for reuse in the colder months. Unfortunately, it won’t mean beaming 25 degree days and mojitos into your living room – it’s rather more practical than that.

According to <a href=”http://www.guardian.co.uk/environment/2008/apr/25/solarpower.energy”>The Guardian</a>, the Highways Agency is planning to test a scheme where roads have water filled pipes put in underneath that can gather solar energy in the summer and then pump it back out in the winter to melt icy roads.

The Guardian says it’s already been tested in Toddington, where the trapped summer heat was enough to keep the road ice-free for nearly all of the following winter.

It’s not a short payback project: the paper quotes a Transport Research Laboratory report which reckons the system would pay back the outlay within some 30 years.