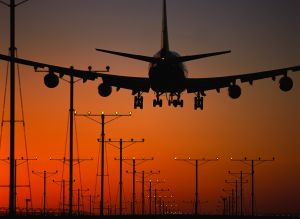 Commercial aircraft haven’t made any significant advancements in efficiency over the past two decades, and probably won’t make meaningful future improvements without effective carbon dioxide emissions standards, according to the International Council on Clean Transportation (ICCT).

The UN’s International Civil Aviation Organization (ICAO) has proposed a carbon dioxide standard that would apply to aircraft from newly introduced lines, but not to types currently in production. The ICCT study suggests a carbon dioxide standard that also covers planes coming off existing production lines is likely needed to spur efficiency gains and reduce emissions.

Commercial aviation currently accounts for about 12 per cent of carbon dioxide produced by the transportation sector. That figure will grow to 19 per cent in 2050, according to International Energy Agency projections. Without effective carbon dioxide standards, aviation threatens to negate progress in cutting emissions from other modes of
transportation.

ICCT researchers modeled the fuel consumption of more than 25,000 planes produced and delivered over the past 50 years. The analysis found that fuel efficiency increased 80 per cent from 1960 through the end of the 1980s, with most of the progress coming during the arrival of wide-body aircraft in the late 1960s, and with the development in the 1980s of more efficient mid-range aircraft such as the Boeing 757 and 767.

During the 1990s however, efficiency gains dropped to less than 1 per cent annually. After 2000, fuel efficiency did not improve at all on a per passenger basis, even as fuel costs rose dramatically from about 10 per cent of operating expenses in 2004 to peak at more than one-third in 2008.

In the two decades in which efficiency has stagnated, the introduction of new aircraft designs has slowed considerably. The lack of new designs has approximately tripled the average age of operating aircraft production lines since 1990. Efficiency improvements by manufacturers today may be going more to improving performance, range and customer
amenities rather than reducing fuel consumption.

Applying a carbon dioxide standard only to new production lines, as the UN’s ICAO has proposed, could actually prove
counterproductive by encouraging manufacturers to delay the introduction of more efficient designs in favor of older, unregulated models. To avoid such an outcome, the ICCT study concludes that a standard covering aircraft from both new and existing lines would be most effective.