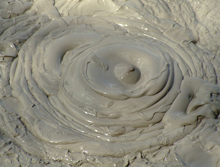 Greenbang reckons that the CEO of Scottish Southern and Energy must be lighting a cigar in his office and possibly treating himself to an extra spin in his wheely chair – that’s how good a day it must be chez SSE, after the company scored an government approval for a wind farm in the north of England and the purchase of a £15 million stake in Geothermal International.

Geothermal Institutional, a maker of ground source heating and cooling systems which sells to the building trade, will join SSE’s stable of clean energy companies after SSE grabbed a 20 percent stake in the company.

The eight year old company has installed 1,300 of its pumps, which “transfer energy between buildings and the surface crust of the planet, or surrounding air” so far.

Yep, with a bit of Geothermal International under its belt, SSE must be feeling good. As good as Greenbang feels when she finds a pair of socks that match, perhaps. And to complete its good day, SEE also got the thumbs up for a planned wind farm called Gordonbush in Sunderland.

The site will have 35 turbines and construction work is on its way soon. When it’s all up and running, it will have 2,000MW of capacity.