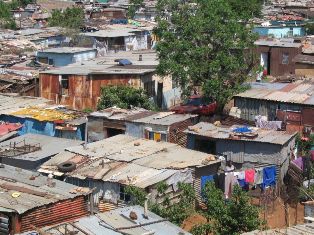 Beijing is in the midst of its planning about how to curb pollution in advance of the 2008 Olympic Games, and now South Africa is starting to prepare itself too.

A campaign has launched to plant hundreds of thousands of trees within Johannesburg – and especially within its famous Soweto township – in the run up to the 2010 World Cup.

Johannesburg City Parks – the greening entity in the City of Johannesburg – aims to plant 100 000 trees in parks and public spaces and is accelerating greening programmes in its bid to build a more healthy and vibrant environment in Johannesburg.

“We want to create an urban forest in Soweto, just as we have urban forests in the northern suburbs of Johannesburg. For us, it is more than just about planting trees. It’s about leaving a legacy for the children and grandchildren of the community of Soweto.”