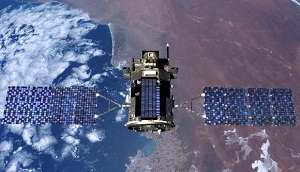 NASA is banking on advanced solar energy technologies to power spacecraft and satellites on future journeys through the solar system.

The US space agency is negotiating with two California firms — Deployable Space Systems and ATK Space Systems — for the development of advanced solar array systems. The goal is to enable high-power solar electric propulsion for space travel.

Both companies are proposing to design solar arrays that are much lighter and require less space than existing systems. The new technology will also be far more efficient than current ones.

“The technology embodied in these proposals will greatly advance the boundaries of NASA’s science and exploration capabilities,” said Michael Gazarik, director of NASA’s Space Technology Program at NASA headquarters in Washington. “Once matured through these ground tests, NASA hopes to test next generation solar array systems in space, opening the door for exploration of a near-Earth asteroid, Mars and beyond.”