Solar power – driven to the door 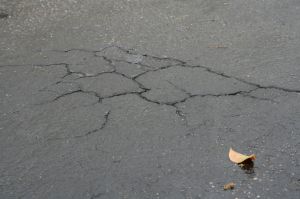 Over the past months there have been more ‘largest solar plant to be built in X’ stories than you can shake a – well – solar panel at.

But, work being done in the Massachusetts based Worcester Polytechnic Institute may have unearthed a system to create solar space from nowhere. Use the road space – or ‘blacktop’ as it’s more commonly known.

In a superb piece of lateral thinking the researchers decided that roads get hot in the sun. They then discovered that the bit that gets hottest is two centimetres below the surface. Next, they decided that it would be better if it were hotter still, so they painted an anti-reflective coating to their test blocks and mixed quartzite to the mix.

The result is a mix that can be poured over copper water pipes. This then stays hot for a couple of hours after the sun goes down too, and can be used to generate power.

The copper pipe bit might change and the research team are looking into highly efficient heat exchangers – but currently don’t know what this will be.

The research is being done at the request of Michael Hulen, president of Novotech, which holds a patent on the concept of using the heat absorbed by pavements.

In the Worcester Polytechnic Institute press release he says:

“Asphalt has a lot of advantages as a solar collector. For one, blacktop stays hot and could continue to generate energy after the sun goes down, unlike traditional solar-electric cells. In addition, there is already a massive acreage of installed roads and parking lots that could be retrofitted for energy generation, so there is no need to find additional land for solar farms. Roads and lots are typically resurfaced every 10 to 12 years and the retrofit could be built into that cycle. Extracting heat from asphalt could cool it, reducing the urban ‘heat island’ effect. Finally, unlike roof-top solar arrays, which some find unattractive, the solar collectors in roads and parking lots would be invisible.”

There are already a examples of similar technology in use around the world, but modifying the chemistry of the asphalt specifically to make it a good solar collector is a new move.