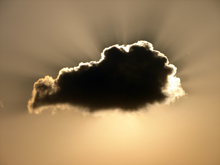 What better way to work out the best way of solving the energy crisis than to get some scientific americans on the case? Scientific American‘s editors have put their heads together to come up with their take on where to magic up the volts – it’s sort of like you and your mates putting the world to rights over a pint or two, only with more PhDs.The solution? Solar, solar and more solar, which could supply 69 percent of America’s energy by 2050, according to the scientifc americans. The down side? $400 billion of government funding is needed to get it all working.Here’s a snippet from the plan:

The federal government would have to invest more than $400 billion over the next 40 years to complete the 2050 plan. That investment is substantial, but the payoff is greater. Solar plants consume little or no fuel, saving billions of dollars year after year. The infrastructure would displace 300 large coal-fired power plants and 300 more large natural gas plants and all the fuels they consume. The plan would effectively eliminate all imported oil, fundamentally cutting U.S. trade deficits and easing political tension in the Middle East and elsewhere. Because solar technologies are almost pollution-free, the plan would also reduce greenhouse gas emissions from power plants by 1.7 billion tons a year, and another 1.9 billion tons from gasoline vehicles would be displaced by plug-in hybrids refueled by the solar power grid. In 2050 U.S. carbon dioxide emissions would be 62 percent below 2005 levels, putting a major brake on global warming.

If you fancy reading the plan in full, it’s all here.