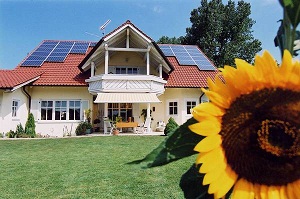 Nuke-abandoning Germany is rapidly expanding its already large base of renewable energy, putting it on track to get 10 percent of its power from the sun by 2020.

Solar-generated electricity skyrocketed by 60 percent to more than 18 billion kilowatt-hours in 2011, according to the latest figures from the Federal Solar Industry Association (BSW-Solar). That’s enough energy to meet the annual needs of some 5.1 million German households.

The prices for turnkey solar-power plants have dropped by more than half since 2007.

As of November 2011, Germany had installed one million photovoltaic systems.