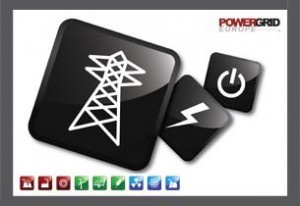 A smart grid is just the beginning; it’s the infrastructure on which modern urban centres can build brighter futures. Consumers can manage energy systems via the internet, as can businesses. Data can flow two ways, rather than just one, allowing for use, interpretation and change at every point on the system. A smart city doesn’t just have a better power grid with smart grid technology; it has a better community backbone, one that can reach into, and benefit from, aspects beyond electricity such as transportation and water distribution.

Amsterdam leads the way in developing a smart city. Rather than leaving the power company to find the half-dozen ways the utility can utilise a smarter grid, Amsterdam saw more potential for this game-changing technology. The city brought together businesses, officials and the general public to dream up the perfect power system from every angle, with benefits that flow past the power utility and into every home. Amsterdam’s Climate Street project alone has reorganised industry thinking about how to approach the smart grid. Climate Street dramatically changed a few blocks in the city as a test of what can be possible with the integration of energy management systems, solar panels, water management and rubbish disposal. All of these items work together harmoniously, guided by smart grid technology, which prompts items to run on time and with the greatest efficiency.

Other cities around Europe have stopped thinking of the smart grid as a technology push and started thinking of that technology in relation to urban living. Amsterdam is certainly not the only smart city on the horizon: Stockholm and Lyon are frontrunners as well. Additionally, in the US, there’s a similar push in Boulder, Colorado. In China, the city of Yangzhou is moving in the smart city direction. And, in the Middle East, there’s brilliant city planning using grid technology within the Masdar project.

POWERGRID, Europe’s session on smart cities, will take place in Amsterdam this June and features speakers from Amsterdam, Stockholm and Masdar to enlighten attendees on this latest step forward in intelligent power infrastructure. No longer is smart grid the future. The smart grid is now; it’s moving into our infrastructure daily. The future lies in building on that infrastructure. The future is smart cities: Using intelligent grid technology in connection with city planning to create a greener, more efficient world.

Editor’s note: This was a guest commentary by Kathleen Davis, who is conference director of POWERGRID Europe 2010. The conference and exhibition are scheduled for 8 – 10 June in Amsterdam.