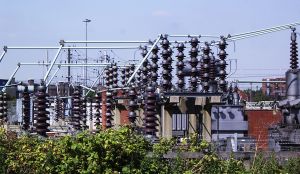 Is the smart grid nearly as smart as the hype around it says? It depends on whether you expect the technology to ax energy consumption and carbon emissions … or whether you think it’ll act more like a scalpel.

The scalpel expectation appears to be more realistic, according to a new report prepared for the US Department of Energy. “The Smart Grid: An Estimation of the Energy and CO2 Benefits” (PDF), written by researchers at the Pacific Northwest National Laboratory, finds that a 100-per cent build-out of smart-grid technologies would lead to a direct electricity and carbon reduction of 12 per cent, with an additional indirect savings of 6 per cent.

The researchers who wrote the study focused only on the energy and carbon benefits of the smart grid, rather than on the technology’s cost-effectiveness. They also noted that their individual energy and carbon calculations come with “relatively high” uncertainties.

Still, they added, the overall benefit from smart-grid technologies could be significant in terms of electricity consumption.

“The magnitude of these reductions suggests that, while a smart grid is not the primary mechanism for achieving aggressive national goals for energy and carbon savings, it is capable of providing a very substantial contribution to the goals for the electricity sector,” they write in the report. “Further, a smart grid may help overcome barriers to deployment of distributed solar renewables at penetrations higher than 20 per cent.”

The researchers identified nine ways in which the smart grid could help lower electricity use and carbon emissions:

The study’s authors said further study and more feedback from energy consumers is needed to reduce uncertainties and better understand the smart grid’s potential. A better understanding of its true costs and cost benefits is also important, they added.

1 thought on “Smart grid: An ax for energy use, or just a scalpel?”