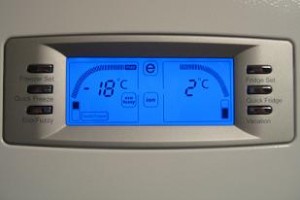 Look at brochures of electricity companies today and you’ll see green pictures full of wind farms and sunshine. These are the images that now surround electricity generation. But, the reality is that at the moment at least 60 per cent of the UK’s electricity still comes from fossil fuels.

Imagine that one of those fossil fuel-guzzling power stations was simply shut down — without causing any adverse effect on the nation’s electricity supply. That would result in serious reductions in carbon emissions, which, added to people’s own energy efficiency drives, would go a long way to meeting the UK’s targets on greenhouse gas reduction.

It might sound like an improbable scenario, but in theory it is possible, thanks to technology known as dynamic demand which helps balance supply and demand on the national grid system.

Currently the national grid maintains generation capacity, ready to come into action if the normal patterns of demand and supply get dramatically out of balance.

This means that firstly, the generators need to burn fuel, even when the electricity produced is not used as they cannot provide the necessary instantaneous response from a cold start. Secondly, the power stations that are used for this response tend to be the coal or gas burning plants. And this is unlikely to change. Neither nuclear reactors nor renewable sources have the necessary “throttle” control — akin to cruise control on a car — to help balance the grid. Nuclear is either on or off, and wind, solar and wave power provide only intermittent power bursts, rather than sustained supply. So, for example, with wind power, if the wind isn’t blowing when the power is needed or if there is a major storm that causes wind power to cut out completely, then they can’t help.

The majority of the world’s grids solve this imbalance in supply and demand by adjusting the supply side — in other words, by adding or taking away generation capacity. What dynamic demand does is fine-tune the demand side, making subtle, second-by-second adjustments to power drawn by certain commercial and domestic appliances to keep the grid in balance.

In effect, dynamic demand can turn the nation’s fridges, electric heaters and air conditioning units into a “virtual power station” that in theory could displace an all-too-real coal-fired power station without any discernible effect on the nation’s power supply.

The UK government has already done its sums, and it estimates that dynamic demand has the potential to reduce greenhouse gas emissions by approximately 2 million tonnes of CO2 equivalent a year. It can also reduce the costs associated with energy balancing by around £80 million a year, which is good news for consumers facing rising energy bills.

Dynamic demand is not a complicated technology to introduce. It doesn’t require major upheavals to the grid, planning permission, major construction work or a radical overhaul of electricity use. All it requires is for smart devices to be fitted to certain electrical appliances whose power supply is not time critical, for example, fridges or water heaters.

If a light bulb loses power the effect is immediately noticeable. But because refrigeration, cooling and heating units store a certain amount of power to keep the temperature under control, they can take a drop in power consumption and still maintain necessary performance.

Not only that, but dynamic demand could smooth the path of incorporating renewable generation into the energy mix. By controlling the demand side of the equation, it will help the grid adjust to the more intermittent power generation that will result from greater use of wind, solar, wave and tidal power.

The technology is available now. What is still required is a commitment across the board from appliance manufacturers, business and government to make it happen. Because if they do, the results could be electric.

Editor’s note: This was a guest commentary by Paul Lazarevic of RLtec, which produces technologies that transform electrical appliances like fridges, air-conditioners and heaters into smart devices that respond to changes on the national grid to improve its efficiency and save carbon, energy and money.