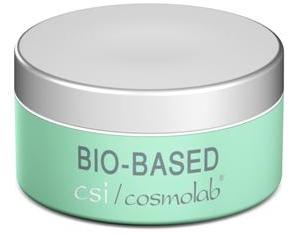 One minute, you’re a bit of green slime on a rock that’s greeted with cries of “Ick.” The next minute, you’re saviour to a fossil-fuel-addicted, carbon-dioxide-overloaded planet.

Such is the fate of algae, which is lately emerging as the possible next big thing in fuels and, now, plastics.

A California-based firm, Cereplast, says it’s working on a “breakthrough” technology that will let us turn algae into bioplastics. The company, which already makes renewable plastics using starches from tapioca, corn, wheat and potatoes, says it next plans to launch a family of algae-based resin products.

Plastics made with algae could eliminate 50 per cent or more of the petroleum that now goes into making traditional plastics, according to Cereplast.

“Our algae research has shown promising results and we believe that in the months to come we should be able to launch this new family of algae-based resins,” said Frederic Scheer, founder, chairman and CEO of Cereplast. “Algae-based resins represent an outstanding opportunity for companies across the plastic supply chain to become more environmentally sustainable and reduce the industry’s reliance on oil. We are still in the development phase, but we believe that this breakthrough technology could result in a significant new line of business in the years to come.”

Scheer continued: “Based on our own efforts, as well as recent commitments by major players in the algae field, we believe that algae has the potential to become one of the most important ‘green’ feedstocks for biofuels, as well as bioplastics.”

Cereplast is already talking with several companies that plan to use algae to minimise the carbon dioxide and nitrous gas emissions from polluting smokestacks. Algae from such photo-bioreactors is harvested daily and can be used either as biofuel or as a raw material source for biopolymer feed stock.

“Algae as biomass makes sense in that it helps close the loop on polluting gases and can be a significant renewable resource,” Scheer said.