Shoddy drivers bad for the environment 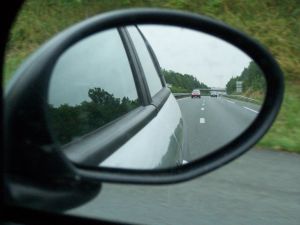 Greenbang is such a poor driver that he once drove the 30-odd miles back from Liverpool to Preston entirely in third gear as it was the only one that worked properly in the knackered old Ford Escort he’d borrowed. Once you got going it wasn’t too bad, but pulling away from traffic lights in third gear required enough revs for a 747 jumbo to take off, with passing pedestrians reaching 0-60mph quicker.

With driving skills like that, not only is Greenbang unlikely to be passing any advanced driving courses any time soon but it is also, apparently, harmful to the environment.

The careful drivers over at the Institute of Advanced Motorists (IAM) claim that many people will lose the benefits (lower tax and fuel cost) of using electric, hybrid fuel and ‘eco’ cars through plain shoddy driving.

The IAM helpfully provides some examples:

If you happen to be a really terrible driver and all the above apply to you, then that can increase fuel consumption and CO2 emissions by up to 45 per cent. To put that into context the IAM says at that level an eco-friendly car such as the Ford Focus ECOnetic could emit as much CO2 as a seven seater people carrier.

Probably checking his blind spot and then the rearview mirror first, the IAM’s head of technical policy and advice, Tim Shallcross, said:

“If the government is serious about getting motorists to reduce CO2 emissions, the IAM says more investment in driver education and information is needed, rather than extra taxes that motorists suspect are more about revenue-raising than improving the environment.”

The moral of the story? Drive more like an old person.