Shipping containers could be turned into quake-proof housing 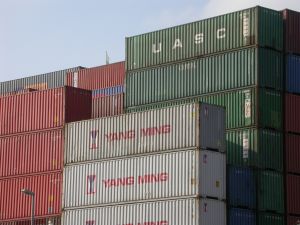 Surplus shipping containers could not only be turned into emergency housing for earthquake-stricken Haiti, but would also provide sturdy, aftershock-proof shelter, researchers in the US say.

Clemson University researchers Pernille Christensen, Doug Hecker and Martha Skinner say the SEED Project was inspired by the housing crises that following devastating hurricanes in the Caribbean and US in recent years.

“Because of the shipping container’s ‘unibody’ construction they are also very good in seismic zones and exceed structural code in the United States and any country in the world,” said Hecker said. “They have also been used in other countries as emergency shelters in the case of earthquakes. As the SEED Project develops this will certainly be an area that we incorporate. With a few simple cuts at the port, a storage container can be turned into something that is livable and opens to the site.”

Many Caribbean countries import more containers than they export, leading to a surplus of unused shipping containers in port yards … and a potentially ready source for emergency housing.

The Clemson team is looking for strategies to implement the SEED Project as quickly as possible, ideally having a modified container on site within three weeks.

“You get people back in their communities and it strengthens those communities,” Christensen said. “They work on their home, not a temporary shelter, and then they work with their neighbors to rebuild the neighbourhood. It leads to a healthier and safer community. And these are places often in dire need of better housing.”

Skinner added, “The project has a double mission: to address the local need of providing adequate housing for people in need while solving a global problem of recycling — giving purpose to empty containers that would otherwise be discarded.”

The Clemson team is also working on mapping and logistics to better understand how containers move, where surpluses are available and how to coordinate the cycles of natural disasters with the ebb and flow of container supplies worldwide.

Also on the researchers’ sights: plans to use another surplus item, 55-gallon steel drums, to create a starter garden — from seed — on the roofs of container homes. That would help people start growing food crops in disaster areas even when the ground is contaminated by stormwater. Water could also be filtered through drums for use in a water pod that includes a shower, sink and composting toilet.

A prototype emergency container home is under way on the Clemson campus, and the project has been awarded an Environmental Protection Agency P3 (People, Prosperity and the Planet) grant to make the container part of the 2010 National Sustainable Design Expo on the National Mall in Washington, DC, in April. The research team plans to build a prototype in the Caribbean in the next year.