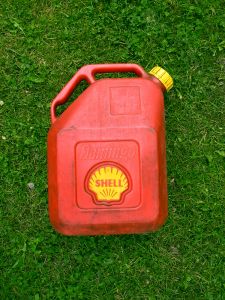 Oil giant Shell is being sued by the Dutch public prosecutor for not telling authorities fast enough when it accidentally released a large amount of ethylene oxide into the atmosphere from one of its industrial plants in 2004.

The firm allegedly thought that a small amount of the substance had been released, but later realised it was much more. As Reuters reports:

A Shell spokesman said the firm initially thought the emission was less than 100 kilograms of the substance — the threshold for informing authorities – but an investigation later showed between 1,000 and 2,000 kilograms was released.

The stuff certainly ain’t pleasant, especially in the atmosphere, as Wikipedia notes:

Ethylene oxide is toxic by inhalation. Symptoms of overexposure include headache and dizziness, progressing with increasing exposure to convulsions, seizure and coma. It is also an irritant to skin and the respiratory tract, and inhaling the vapors may cause the lungs to fill with fluid several hours after exposure.